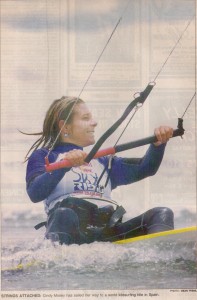 Gymnastics Nelson had very small beginnings as a recreational/display class as part of the Nelson YMCA. In the mid 1970’s Stuart and Joan Hughes, both ex-gymnasts, ran a regular Saturday afternoon class where girls and boys explored gymnastic activity and developed display items. Within this squad were a number of girls and boys who displayed talent that indicated a need for a more challenging programme.Involvement in the New Zealand Gymnastics competitive programme was a logical step and so the Nelson YMCA Gymnastics Club was re-established ( after a 20 year lapse ) and affiliated to the Wellington Gymnastics Association. The Nelson gymnasts made an immediate impact and over the next few years began to dominate the Wellington representative teams.

Between 1980 and 1985 Nelson gymnasts, competing for Wellington, also began to feature at a national level. During this era the club really established itself as one of New Zealand’s most successful gymnastics clubs. For instance, in 1984 Nelson gymnasts won 3 of the 7 overall National female titles and 1 male title. Even more remarkable was that for each title won by Nelson gymnasts, the second place was also filled by a Nelson team-mate

Local gymnastic strength was such that in association with the Blenheim clubs, a move was made to break away from Wellington to form a new South Island association. This was the beginnings of the Top of the South Gymnastics Association. This was finally established to begin the 1986 year.
In 1987 the club moved from the Bridge St. YMCA stadium and operated from a fully set up training centre in a facility next to the Whakatu Hotel. In this ex-garage facility, complete with a dug out pit and sprung floor, the strength of the club continued to grow to a level where it was able to compete an International Elite team. Gymnasts also dominated most of the senior female and male levels.

In 1988 the Elite team of Kirsty Strong, Michelle Davies and Amanda Syme won the International team title – the first and only time this trophy had not been won by Auckland. Kirsty also won the Individual All-round title as well, a performance she would repeat again in 1989. At the end of this era Nelson gymnasts, both male and female competed for New Zealand at World and Commonwealth Games levels.

In 1993 the club moved from its Collingwood St. site to new rental premises in Vanguard St. At this time the club moved to break all ties with the YMCA and the current Gymnastics Nelson club was duly formed. The profile of local gymnasts was still high and girls and boys regularly competed for New Zealand in Levels gymnastic teams.
In 1994 the current training centre was constructed on vacant land at the rear of the Nelson Intermediate School property. It was at this time that a partnership of George Jones and Howard Hill, operating as Gymnastics Plus, took over the operation of the gymnastics centre.

An administration position was established to continue the growth of recreational activities to compliment the competitive programme that continued to produce gymnasts of a really high level of ability. National titles and National representation regularly came to Nelson gymnasts well into the new millennium.
Today the club continues to operate as a strong competitive club. A centre coordinator is employed to run the gymnastics programmes under the umbrella of Gymnastics New Zealand. Teams of qualified coaches under the leadership of head coaches deliver intensive programmes to competitive gymnasts. The club is run by a hard working parent committee.